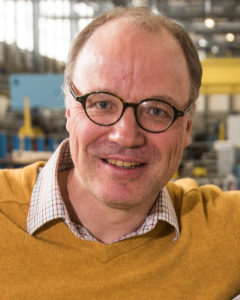 Thomas Otto holds a PhD in Physics (University of Mainz, Germany, 1993) with specialization in Atomic and Nuclear Physics. After a Marie-Curie Fellowship at the Université Catholique de Louvain (Belgium) he joined in 1996 the European Organisation for Nuclear Research, CERN, in Geneva, Switzerland, as a member of the Radiation Protection Group. He was Head of CERN’s Personal Dosimetry Service from 1996 until 2010, where he introduced modern dosimetry technologies. He further assumed responsibility for operational radiation protection at particle accelerator facilities such as the 24 GeV Proton Synchrotron, the spallation neutron source N-ToF and the radioactive isotope separator ISOLDE. In 2010, Thomas Otto joined CERN’s Technology Department in the role of Departmental Safety Officer. He works on a wide spectrum of topics in Occupational Health and Safety at accelerator facilities.

Dr Otto’s research interests are radiation protection dosimetry at accelerators, the use of Monte-Carlo radiation transport programs for radiation protection and dosimetry, and the prevention of accidents and occupational illness in research environments. He has more than 50 peer-reviewed publications and acted as a co-editor of the Conceptual Design Report for the Future Circular Collider in the Geneva area, CERN’s next flagship accelerator. Dr. Otto was elected to the Commission in 2019.