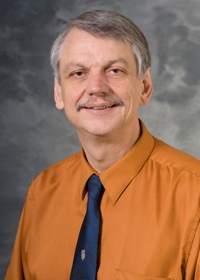 Søren M. Bentzen received a M.Sc. in physics and mathematics (1981), a Ph.D. in medical imaging (1986), and a D.M.Sc. in clinical radiobiology (1994), all from Aarhus University, Denmark. He has published more than 370 papers and book chapters, and has presented more than 300 invited lectures. He currently serves on 10 international cancer journal editorial boards. His research has been recognized by 24 awards and honors, including the ESTRO Breuer Gold Medal (2003), the MD Anderson Distinguished Alumnus Award (2008), and Honorary Life Memberships of the Association of Radiation Oncologists of India (2008) and the Belgian Society for Therapeutic Radiology and Oncology (2009). He held an Honorary Professorship at University College London (2000-2005); he is currently the Varian Visiting Professor to the Radiation Therapy Oncology Group (RTOG) and an Adjunct Professor of Radiobiology and Medical Physics, University of Copenhagen. His previous appointments include MD Anderson Cancer Center (1987-1988), Danish Cancer Society/Aarhus University (1988-1997), Gray Laboratory/Mount Vernon Hospital, London (1998-2004), and University of Wisconsin School of Medicine and Public Health (2005-2013). His main research interests include late effects of radiotherapy; clinical radiobiology; integration of data from genomics, proteomics, and molecular imaging into novel radiation-therapy strategies; bioeffect modeling; biomathematics; biostatistics; clinical trial design; and evidence-based medicine. He was elected to the Commission in 2010 and to the Board of Directors in 2013.