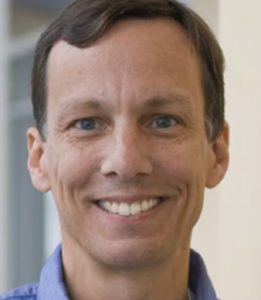 Roger W. Howell is a Professor of Radiology at Rutgers New Jersey Medical School (NJMS) where he serves as Chief of the Division of Radiation Research. Dr. Howell’s laboratory conducts research on dosimetry and radiobiology of internal radionuclides, with emphasis on the microscopic dose distributions encountered in nuclear medicine. He also studies the capacity of vitamins and other natural agents to protect reproductive organs, bone marrow, and the gastrointestinal tract against damage caused by ionizing radiation. These efforts have led to over one hundred publications in peer-reviewed journals. Dr. Howell teaches physics to radiology residents and provides educational lectures for emergency responders in New Jersey. He has served on review panels for federal agencies including NIH, DOE and other organizations. Dr. Howell is a member of the Medical Internal Radiation Dose (MIRD) Committee of the Society of Nuclear Medicine and Molecular Imaging, and he is a member of the US National Council on Radiation Protection and Measurements. He has served on several report committees of the International Commission on Radiation Units and Measurements (ICRU). Howell earned his bachelor and doctoral degrees in Physics from the University of Massachusetts, Amherst. Dr. Howell was elected to the Commission in 2014.