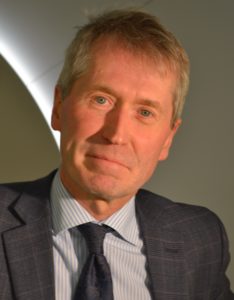 Pawel Olko graduated in physics from AGH University of Science and Technology, Krakow, Poland. Between 1986-1989 he was a fellow at the Institute for Medicine Nuclear Research Centre KFA Juelich, Germany. He received a Ph.D. in physics from the Institute of Nuclear Physics Krakow in 1990, habilitation in 2003 and the Polish state professorship title in 2010. In 1998-1999 he worked at Dosimetry and Medical Physics Section at IAEA in Vienna. Between 2005 and 2016 he was a scientific director at the Institute of Nuclear Physics Polish Academy of Sciences (IFJPAN) and between 2012-2016 director of the Bronowice Cyclotron Centre, the first proton therapy center in Poland. Since 2016 he is the head of the Division of Applied Physics at IFJPAN.

Dr. Olko’s main scientific interests and competence are microdosimetry, dosimetry, solid state detectors, radiation protection, medical physics and proton radiotherapy. He’s published more than 150 publications in international scientific journals. He was involved in activities of numerous national and international committees and organizations. Between 2004-2007 he was the Chair of the International Solid State Dosimetry Organization (ISSDO). Since 2002 he is a member of the EURADOS Council and since 2005 a member of the Article 31 Group of Experts, EC, Luxemburg. Dr. Olko was elected to the Commission in 2016.