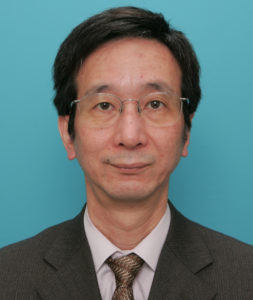 Norio Saito received a M.Sc. (1984) in electrical engineering from Waseda University and his Ph.D. (1990) in chemistry from Tokyo Institute of Technology (Japan). His research career in radiation dosimetry and atomic and molecular physics using synchrotron radiation started in 1984 at Electrotechnical Laboratory and continued at National Institute of Advanced Industrial Science and Technology (Japan), where he was appointed head of the dosimetry group in 2005 and Deputy Director of Research Institute for Measurement and Analytical Instrumentation in 2015. He has served on the Consultative Committee for Ionizing Radiation Section I at the Bureau International des Poids et Mesures and Technical Committee for Ionizing Radiation at Asia Pacific Metrology Programme since 2005. He has more than 180 peer-reviewed publications. His research interests include the development of calorimeters for measuring absorbed dose to water in clinical photon beams, electron beams, and ion beams for radiation therapy; dose standards for mammography; dose equivalent in 3 mm-depth; high dose dosimetry; and research using synchrotron radiation and free electron lasers. He was elected to the Commission in 2016.