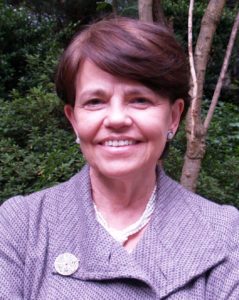 María-Ester Brandan is University Professor in the Physics Institute of the National Autonomous University of Mexico, UNAM. Her present and past research includes a broad spectrum of subjects in experimental heavy-ion nuclear physics, radiation dosimetry and medical physics. She was the creator and present coordinator and teacher of the UNAM M.Sc. (Medical Physics) program. She has participated in more than 120 scientific publications and her h-index is 25. M-E Brandan is a member of the Mexican Academy of Sciences,

Fellow of the American Physical Society (Nuclear Physics Division) and Fellow of TWAS, the World Academy of Sciences for the advancement of science in developing countries. She has been President of the Nuclear Physics and the Medical Physics Divisions of the Mexican Physics Society and was awarded this society Medal for the Development of Physics in Mexico. In 2010-2013 she was Chair of the International Solid State Dosimetry Organization, ISSDO. María-Ester Brandan received the UNAM 2013 National University Award (PUN) in the area of Research in Exact Sciences. She was elected to the Commission in 2014 and elected Secretary in 2018.