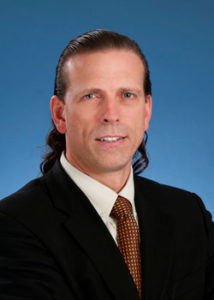 Dr. David Jaffray graduated from the University of Alberta with a B.Sc. in Physics (Hons.) in 1988 and completed his Ph.D. in the Department of Medical Biophysics at the University of Western Ontario in 1994. Following graduation, he took a position as Staff Physicist in the Department of Radiation Oncology at William Beaumont Hospital in Michigan where he instigated a direction of research that garnered funding from the NIH and from congressionally-directed funding programs. Dr. Jaffray became a Board Certified Medical Physicist (ABMP – Radiation Oncology) in 1999. In 2002, Dr. Jaffray joined the Princess Margaret Hospital in Toronto as Head of Radiation Physics and a Senior Scientist within the Ontario Cancer Institute. David holds the Fidani Chair in Radiation Physics, is the Director of the TECHNA Institute for Health Technology Development at the University Health Network. In October of 2015, he became the Executive Vice President of Technology and Innovation at the University Health Network. He is a Professor in the Departments of Radiation Oncology, Medical Biophysics, and Institute for Biomaterials and Biomedical Engineering at the University of Toronto. His primary area of research has been in the development and application of image-guided cancer therapy. He has over 5 patents issued and several licensed, including, kilovoltage cone-beam computed tomography for image-guided radiation therapy.
Dr. Jaffray has >275 peer-reviewed publications in the field, >100 invited lectures, and holds numerous peer-review and industry sponsored research grants. He sits on numerous scientific and research boards and has contributed to the NIH and CIHR grant review process for several years. He is an active member of the AAPM and teaching role in workshops and annual meeting of the American Society of Therapeutic Radiation Oncology (ASTRO). He has an active interest in commercialization and led the development of a variety of commercial products including software and hardware for QA and the development of small animal irradiator systems for basic research. He has successfully supervised over 20 graduate students and fellows. Dr. Jaffray has won each of the major prizes in the field of the medical physics, including, the Sylvia Sorkin-Greenfield Award, The Farrington Daniels Award, and the Sylvia Fedoruk Award. In 2004, Dr. Jaffray was identified as one of Canada’s Top 40 Under 40 and was recognized by the University of Western Ontario with their Young Alumni Award in 2004 and its Excellence in Basic Sciences Research Award in 2013. In the spring of 2018, Dr. David Jaffray was awarded the 2018 ASTRO Gold Medal for his contributions to the field of Radiation Oncology. His current research interests concentrate on the development of imaging technologies and methods with a focus on image-guided interventions, including radiation therapy, drug delivery, and surgery. He is currently focusing on large scale transformation to digitally-enable Canada’s largest research hospital.